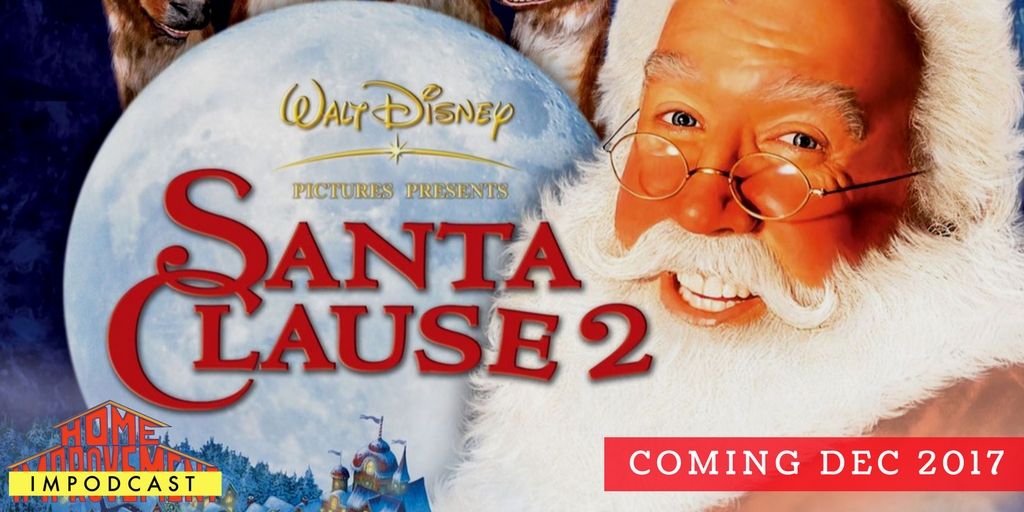 Those who follow the Home Impodcast will know that we like to do something different when Christmas rolls around. Adam and I break away from the weekly grind of the Home Improvement season and cover a related Christmas movie.

Last year was easy. The Santa Clause was an easy choice and we spend almost two hours discussing the logistics of Scott Calvin becoming Santa. This year, we had a choice to The Santa Clause series or do we start something new? After all, there is Christmas with the Kranks and Jonathan Taylor Thomas’s I’ll Be Home for Christmas. So instead of choosing ourselves, we put it to a vote and let the fans decide. 30 votes later, we have a winner.

Turns out we will be continuing The Santa Clause tradition! Stay tuned until later in December when we release this two-part Christmas present to our loyal listeners.